Attorneys Wendy Longmire and Will Caldwell successfully defend a local surgeon after fourteen years of litigation. The Plaintiff in this healthcare liability case claimed the Defendant surgeon failed to properly follow up on an emergency room visit. Three days after the visit, the Plaintiff developed sepsis and ultimately had a stroke that left her with permanent injuries. The Plaintiff’s lawsuit began in 2002 and included a loss of consortium claim by the Plaintiff’s husband who passed away one year later. By the time the case was tried, it had been to the Supreme Court of Tennessee and back. The Defendant argued that her care was appropriate and did not fall below the standard of care. Each side presented three experts on liability, and the Plaintiff submitted a life care plan for future damages that exceeded five million dollars. After two weeks of trial, the jury returned a defense verdict in a little over an hour.

The case was then appealed to the Tennessee Court of Appeals, where the Court affirmed the defense verdict.

The decision can be read here. 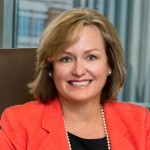 Wendy Longmire elected to 2016 BEST OF THE BAR 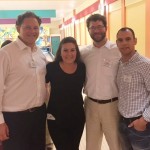