Richard Sebastian, Ortale, Kelley’s Managing Partner, was featured in the American Bar Association’s July 2015 issue. The ABA did an in depth article on attorneys with a “Desire For The Fast Lane” – cars that is. The article discussed Richard’s love of cars and speed since he was a small child. He began working on go-carts at age 8 and began drag racing in high school. Since those early years, Richard has been in hundreds of races, reaching speeds up to 175 mph. The article recalls one particular incident where an engine that ran on alcohol exploded. These type of flames are difficult to detect, but Richard was able to exit the car and was not injured.

However, in any motor sport bad things can happen quickly. But, to quote Richard, “this is my golf game.” In addition to his thriving practice, specializing in real estate and commercial trans-actions, Richard owns several dragsters and an auto repair shop and custom car business. 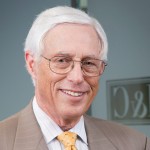 TENNESSEE JUSTICE CENTER HONORS DAVID HERBERT AS ONE OF FOUNDERS 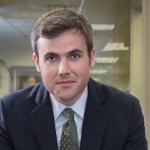