In a federal Section 1983 case involving twelve Plaintiffs, Carl Spining and Mickey Schmitt successfully defended fourteen Benton County Sheriff’s deputies against civil rights claims. These claims included unlawful arrest, excessive force, and unlawful entry of a dwelling. The incident giving rise to the cause of action occurred when the Sheriff’s Office responded to a call concerning underage drinking.  After deputies arrived at the property, approximately 119 people were transported to the Benton County jail.

After eleven days of proof and arguments in the Western District of Tennessee in Jackson, the jury rendered its verdict in favor of all Defendants. “I was lucky enough to get to see Mr. Spining and Mr. Schmitt in action preparing behind the scenes and in the courtroom,” said new Associate Rachel Hogan. “Their ability to handle such an immense work load, while making it seem effortless in front of the jury, is second to none.” 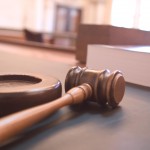 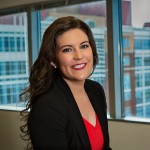